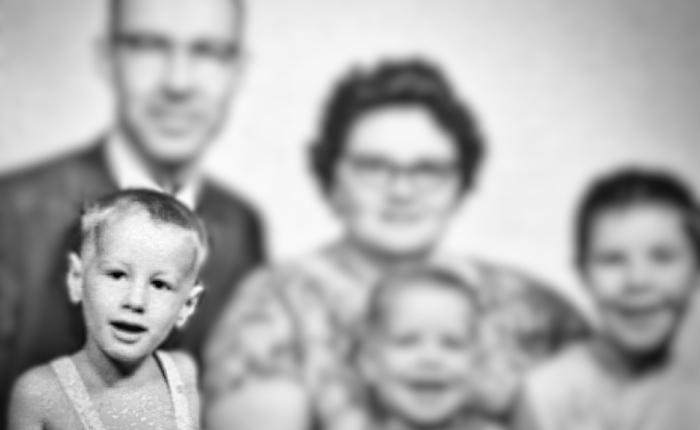 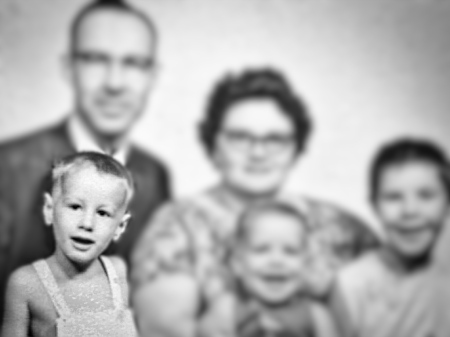 I bought a new camera earlier this year. The body of the camera fits my hand so that I can hold it and click the shutter with one hand: my right hand. When I ordered the camera, I did not specify that I am right-handed nor did I seek out a right-handed camera. It never even occurred to me that the camera I ordered would not be easy to handle and use.

I am the beneficiary of right-hand privilege. I didn’t see it when shopping for my camera. I didn’t even think about it because as one of the 70% to 90% of human beings who are right-handed, I can take for granted that my handedness is considered. My value as a right-handed American has never been questioned. As a child, no one tried to change me and make me left-handed.

Privilege identifies a particular set of characteristics in human beings and systematically (and often invisibly) favors people with those characteristics.

As a person who was born with and into a family with many of the characteristics of the unspoken ideal (e.g.; male, light skin, hetero, American of pre-Revolution British descent, currently-able, thin, Christian, etc.), my identity has been affirmed by images and culture throughout my five-plus decades on this planet.

Confronting personal bigotry is about identifying in ourselves our own biases toward others and choosing to act differently. Confronting our privilege is about accepting that though we did not choose it, we benefit from having any of the unspoken, “right” characteristics.

For those of us who claim to follow the teachings of Jesus, to listen, believe, and work for systemic change is to give our faith healing arms and legs. When we confront our privilege, we journey with Jesus to the margins of our society. 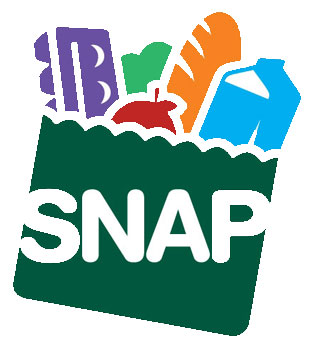 Read about my decision to take the SNAP Challenge here.

I was supposed to start the SNAP Challenge yesterday. I didn’t. I didn’t start it because it would be 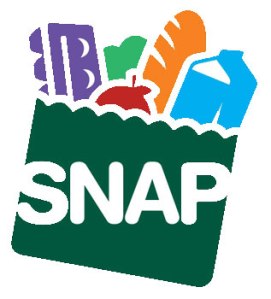 I didn’t start it because I wanted to go to Burgerville with my wife. I wanted a Yukon White Bean burger and fries and they didn’t fit into the $1.50 a meal budget that is the average food stamp benefit.

This is the essence of what it is to hold privilege. I do not have to live on food stamps. I don’t worry whether I will have enough food until the next pay day. I can grab a veggie burger while on the run and I barely feel the expense.

Already the nature of the SNAP Challenge has reminded me that my relationship with food is different than it is for those who live in poverty.

After several sermons in a row in which I challenged the congregation, I was ready for a lighter sermon last week. It was not to be. Through Luke 12: 49-56, the Holy Spirit seemed to push me to address white privilege with even more vigor than I had just after the verdict in the killing of Trayvon Martin. Click below to hear the words that crossed my lips.

If you prefer, download the file here or read the prepared (not delivered) text of the sermon below.

Where does Jesus get off? Where does he get off calling us hypocrites? It’s not like he’s Mister Perfectly Consistent!

First, we get all this lovey-dovey “love your neighbor as yourself” crap and then he starts into this “I’ve come to divide.” Then he has the gall to call us hypocrites!

If he wanted trouble, he’s got it. Consider:

The prince of peace that we were so excited about at Christmas is all grown up but something must’ve gone wrong because he says,

Reconciled? Reconciliation? Then why does the all-grown up Jesus say:

I don’t mean to diss Mary. She was a cool enough Mom. She was young and I’m sure she did her best.

And from what we can tell Joseph — who by the way didn’t even have to be there — it wasn’t his kid — did the best he could. He took that poor fatherless child in, raised him as his own.

But sometimes, no matter what you do your kid makes some serious wrong turns. Your child doesn’t turn out like you expected.

I suppose I’d feel more empathy for adult Jesus if he was trying to be a peacemaker. He’s unapologetic about how he’s turned out.

He seems, well, almost like he’s proud of being a troublemaker. Did you hear what he said? This cocky, unapologetic Jesus says,

“Do you think that I have come to bring peace to the earth? No, I tell you, I have come instead to bring division.” (Luke 12:51 CEB)

On its face, today’s gospel reading from Luke seems extremely inconsistent with everything we know about Jesus from our holy scriptures. But what Jesus is really saying is not that he wants division but that — as a result of his ministry — “Here comes trouble!”

…It is not Jesus’ purpose to set children against their parents, or parents against their children, but this sort of rupture can be the result of the changes engendered by Christ’s work. (FOTW, Year C, Vol. 3, location #13026)

In other words people may resist. People may divide themselves.

In the modern church, we’ve forgotten that to follow Jesus means that things will get stirred up. But we like the status quo and the status quo doesn’t like to be bothered. The status quo defines peace as, well, as things staying the same.

In the modern church of the twentieth and twenty-first centuries we want things to be happy. We want peace without conflict. We want joy without pain.

We want growth without growing pains.

But as scholar Richard Carlson writes,

“Jesus has not come to validate the social realities and values we have constructed. Such social realities and values have a propensity to seek a harmony that favors those who hold positions of power at the expense of those who are powerless and expendable. Jesus’ missional agenda of compassion, mercy, and justice shatters such a status quo.” (FOTW, Year C, Vol. 3, location #13138)

Let me tell you a story. This is a human story. It takes place within the democratic education community in the United States but it is happening within other groups in other places as well including churches. This is a story among the folks at the US version of the international conference at which I recently spent a week.

About four-years ago I noticed that the old-guard, the folks who I affectionately called “old hippies” were feeling threatened by the younger teachers and leaders coming up within democratic education.

At the annual conference, which, incidentally, my son incidentally, a young African American man from Chicago, Matthew, was the keynote speaker. Some folks got very upset when Matthew suggested in his keynote talk that many democratic education schools were elitist in the sense that not just anyone could attend.

“Well, we don’t keep anyone out!” was the protest.

“Yes, you do,” Matthew replied. “Those of you who are private schools keep most brown and black people out because of money.

You need to do more if you want to be truly democratic.”

His point? Democratic education is not accessible to all. It is not democratic in its availability.  It is largely a white, upper middle-class phenomenon. When those who support democratic education abandon the public schools to create their own system, they are abandoning the poor, people of color, and other marginalized children.

A big brouhaha broke out in the ballroom with folks lining up for their turn to speak at the mic. I would summarize the message of many of the “old hippies” this way:  “I’m not a racist.”

Matthew could have described his role at the conference in the words of Jesus:

Do you think that I have come to bring peace to the earth? No, I tell you, I have come instead to bring division. (Luke 12:51 CEB)

Matthew challenged the systems of racism that allowed many white, middle class children to participate in democratic education while brown and black children were left behind in public schools.

He suggested that the well-intentioned “old hippies” were part of the problem when they abandoned the public schools.

The trouble with racism is, it’s not just about personal racism. It is about a culture that privileges some people over other people.

This is the kind of thing — though not specifically racism — that Jesus is talking about in today’s reading when he calls the people hypocrites. I think Jesus might have been feeling a little frustrated at the willful ignorance of the people.

Jesus also said to the crowds,

I can imagine people listening shaking their heads saying to themselves,

“Yeah, we can tell when a storm is coming in.” Then, as they’re shaking their heads feeling pretty good about themselves, Jesus shouts:

Are you blind to what else is going on? If he was talking to us he might say, do you not see that a few powerful people control the economics of this country?

We can take the easy path and ignore what the racial profiling of people means. We can ignore what Hal, an African American man who works in a state level job in Vermont told me. Hal told me that the verdict in the Trayvon Martin case has the resonance of a Challenger explosion or the Newtown shooting within the African American community.

And in Condon and other white communities across the nation we had our opinions about it. We may have even talked about it for a week or so but then we began the “forgetting about it” process.

We looked the other way and suggested it was an aberration, a tragedy that doesn’t happen every day.

Unfortunately, while we’re looking at the sky, interpreting dark clouds as meaning rain is on its way, we fail to interpret other signs around us.

According to Bible scholar David Schlafer, our ancient kindred, those Jesus was talking to, failed to take responsibility,

“for learning from the rich and readily available tradition of Law and Prophets that would enable them to identify commonwealth resource mismanagement  — what we’d call economic injustice — and its inevitable negative repercussions in God’s economy.” (FOTW, Year C, Vol. 3, location #13138)

We fail to take the responsibility to learn from social science, from our history, from a little ol’ thing called the Bible, and from the experiences of our contemporary sisters and brothers.

We fail to learn about and work to eradicate the racial, economic, and class injustices in our country and world.

In terms of race, we say we want Martin Luther King’s dream but we don’t know what to do or…OR…we’re not willing to do the hard work it will take to finally reach it.

And, so, like those Jesus calls hypocrites, we know how to interpret weather conditions but somehow we’re oblivious to racial and economic injustice.

We are the twenty-first century version of the hypocrites Jesus is calling out in the twelfth chapter of Luke.

The Good News is God created each of us as growing and learning human beings. The Divine’s loving, creative power does not give up on us. We have a choice.

The extravagant and relentless love that overcame death at the cross, forgives us and keeps calling to us to be a part of the unfolding realm of God on earth.

The unfolding realm of God’s abundant, beloved community is an expanding circle of burning love for one another.

The Good News is that the fire Jesus came to cast upon the earth has begun to burn within our hearts.

May we be the people God created us to be. May we actively listen to God and expand the circle of love and justice outward until all are truly welcome in this place.

May we give up hypocrisy, pull our heads out of the sand, for the good of others.