Robin Marantz Henig writes in What Is It About 20-Somethings? (New York Times Magazine (August 18, 2010) that “Sociologists traditionally define the “transition to adulthood” as marked by five milestones: completing school, leaving home, becoming financially independent, marrying and having a child.“ 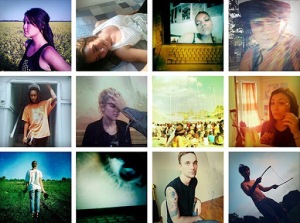 I know many twenty-somethings adults who have not achieved all five of these so-called adult milestones. Measuring the post-boomer generations by these standards of adulthood is about measuring younger generations by boomer values. These values are laden with assumptions about how the world operates that are no longer valid.


Having spent time teaching college and currently studying for a second graduate degree, I know first-hand that school does not necessarily help every individual. Why should the resources for school be spent if it doesn’t meet an individual’s needs and goals?


As a parent and early childhood educator, I know that raising children is a hard job. Children who are in homes where parents really want to be parents are better off emotionally and in all ways developmental. Isn’t it more adult to decide not to have children if you don’t want them?


Why is marriage the be-all and end-all? My wife and I have been married thirty-one years. Neither of us have ever strayed and neither of us would change our life-choice. Yet, we are unusual among a generation of folks who divorce, remarry, and cheat in significant numbers. Isn’t it more honest, more adult, to not make a vow of lifehood commitment if you’re not going to keep it?


Why must everyone’s life path look the same for us to consider them adults? It’s time for us to stop measuring and judging twenty-somethings and get to know them as individual human beings. We have much to learn from one another.